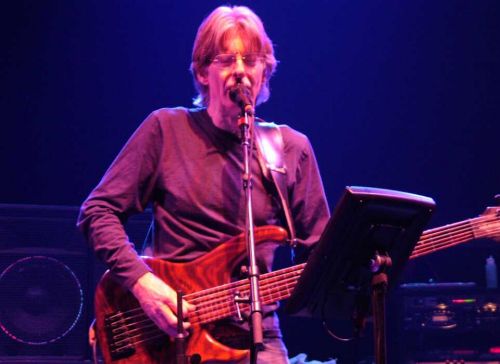 The Duo opened,
Then Trey & Mike with the Duo
Send In Your Photos


Original text (that circulated with torrnet):
I don't have the set list and I did the best I could with the tracking.
It would be super cool if someone could put this up on archive for me.
Feel free to email me with reseed requests.
Recorded by Ed Guidry (tufflitestudios@yahoo.com)

Setlist complied to text file and source added to db.etree.org and Archive.org for you by Marc Pujol. Thanks for the great recording.

Reviewer: TheDonkey - favoritefavoritefavoritefavoritefavorite - August 26, 2006
Subject: song names
it seems like the song names are one off somewhere down the line, the last one should be midnight hour, but it doesn't matter that much anyway, sick show but i froze my ass off, the afterparty at Higher Ground was off the wall-Trey and Mike sat in, the horn section came out into the crowd...

Reviewer: DeadMule420 - favoritefavoritefavorite - August 6, 2006
Subject: the bass duo
Well i don't know what to say here other than what kind of bass duo is that it didn't thrill me too much and i know the bass bombs of phil would have blowin gordon out of the water. anyway i always love how they get there kinks out of the way which they must have cause chicago rocked along with the indy show compared to the tampa show which was good but could have used a little more feeling

Reviewer: dank_man - favoritefavoritefavoritefavoritefavorite - August 6, 2006
Subject: Trey in VT... very nice
joan, did mess up the best line of ruben and cherise... "the course of love must fallow blind with out a look behind" "the truth of love an unsugn song must tell", one song i really wanted and she muffed it but besides that one of the better shows of five i saw :)

Reviewer: HungryBob - favoritefavoritefavoritefavoritefavorite - July 17, 2006
Subject: yeaaayuh!
i'll be 30 at the end of the year - I was too young to go see the Dead (skipped an exam in my sophomore year of H.S. to hang out on lot), and I just caught on to the Phish scene right after high school and went on a tour but never made it to Vermont.

I've dreamt for years of seeing Phish in Vermont and seeing the Dead - as waterlogged as I was it was the greatest show ever! Joan Osborne was amazing - Benevento Russo duo kicked it off with a FAT set and Page came out and picked up right where they left off giving Phil everything he needed to have a stupendous show - GO PAGE!

Help > Slipknot > Franklins > Not Fade Away

seeing that live was the highlight of my life as of yet - if I could have sex with that jam I would.

and a thank you to the uploader as well.